Get fresh music recommendations delivered to your inbox every Friday.

by Sounds of Space Project 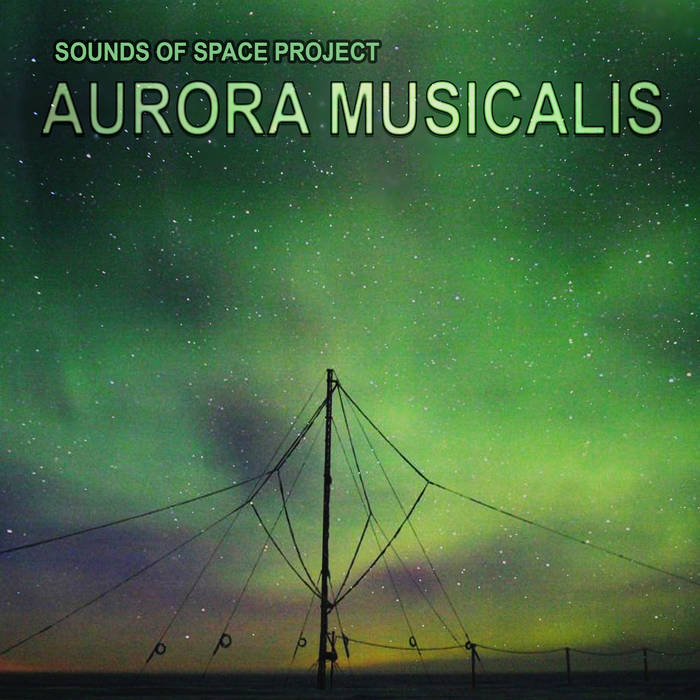 Nick Skelton Playing on Clubglobal on17th October from 8pm BST on Clubglobal radio programme with DJ Skunk on www.cambridge105.co.uk Favorite track: Prelude to the Afternoon of a Storm 1.50 PM.

"How do we define Aurora Musicalis?" It is partly a soundscape drawn from our most mysterious continent, partly a response to the exquisite ‘sounds’ derived from the Very Low Frequency receiver at Halley Research Station. It is partly an imagining of what it would be like to stay at the Halley station with a grand piano, in this case to listen to a day of the ‘sounds’ recorded in meticulous time lapse at the Halley station. It is more than this though. Aurora Musicalis expresses the yearning for all of us who will never get to Antarctica who still want to have a direct experience of this place. We may not have the money to go to Antarctica; we may feel that unless we have something to offer in a scientific sense that we should not go; we might fear for the future of this continent which is at the front line of climate change; we might remember the stories of incredible courage by the early explorers of the 20th Century. Somewhat amazingly the British Antarctic Survey (BAS) drill the ice cores that measure CO2 in the Earth’s atmosphere over time, giving this work an even greater significance when we contemplate climate change in our own lives. It may be more than this as well.

Aurora Musicalis is a statement that science and art can work together, not solely to entertain as such collaborations were imagined generations ago, but to unite us in telling the story of our planet as it struggles under multiple stresses, each of which could change our civilisation within a generation. We must trust our scientists, who by nature are not activists, but truth tellers who usually shy away from political or social conflict over the results of their findings. Music and the arts have a role to play in galvanising us into facilitating the urgent and immediate care that our planet needs. It is with this understanding that we bring you Aurora Musicalis, an excursion into the sonic archives of the British Antarctic Survey where we hear the natural radio ‘sounds’ of our planet, in the quietest area of it, recorded in meticulous detail. These ‘sounds’ are accompanied by a grand piano played at the range of the human heart beat to allow us to feel (with our proverbial hearts), the wonder of our living world. Each piece has been deliberately kept in one key, a method that keeps the music simple and makes sure that it does not overcome the ‘sounds’ of Halley.

Sounds of Space Project is an ongoing collaboration between three of us. Dr Nigel Meredith, a space weather research scientist at BAS, Diana Scarborough, a Cambridge based artist-engineer, who delves into science to make new meanings and permutations, and composer and thought leader Associate Professor Kim Cunio, Head of Music at the Australian National University.

Before this we collaborated on a reimagining of the ‘sounds of space’, surely one of the most wonderous gifts of our interstellar age, a chance to hear the ‘sounds’ of space through the conversion of electromagnetic waves and gravitational waves to sound waves, a process that sees us revaluate older Newtonian myths about space being a perfect vacuum with no capacity for ‘sound’.

After completing a performance at BAS on 16th November 2018 with dance maestro Becky Byers, and with a week of my visit to spare, Nigel invited me to observe the day to day workings of BAS. I felt a wave of deepest admiration for the underlying humanism of all the scientists I met. All are world leading researchers who were keenly aware of the privilege they have in studying Antarctica. When we started to hear the recordings made from Halley station over many years something clicked for me. These recordings were first made with analogue tape machines weighing hundreds of kilograms, later with digital technology, and both provided immense technical challenges for the capture and archiving of materials.

As a composer who has travelled much of the world listening to our endangered acoustic ecologies I had found a resource beyond measure, a sonic time lapse series of recordings, where a 24 hour day is reduced to 96 minutes of sound in a manner similar to the time lapse videos we may have seen in recent years. The sound is not sped up as with image, it is culled, 24 hours becomes 96 minutes, 48 minutes becomes 12 hours, we have 4 minutes of sound for each hour in sections that are date and time stamped so that we can see time moving through each track of the project. Each sound file was combined together and on a time line, and was mathematically trimmed to make a 90 minute project.

Nigel, who has an encyclopaedic knowledge of the constituent ‘sounds’ captured at Halley, chose a 24 hour period from midday to midday from the 9th to the 10th of August 2012 to set to music, and I went to work matching the 24 hours of audio with piano music that I conceived of and played within another 24 hour period. I wanted a direct emotional response to these sounds, so I limited the interventions of modern technology. The piano was recorded in the recital hall at my music department with only one take for each piece, meaning that there are small technical blemishes in this response that keep the feeling of immediacy. We have a day in the life of the Halley Station of Antarctica accompanied by a day of music making. We have added a bonus track, sonic highlights of the 24 hour period curated by Nigel, set to the music of the opening track and a series of aurora images animated by Diana. We are also including the sonic highlights on their own so that you may directly experience the project as Nigel, Diana and I did at the outset. In the future such 'sounds' will be part of the field of sonic archaeology, where we listen to the 'sounds' of the world as they were.

There is more to the project yet to come. Diana looks tp create slow motion videos or installations in response to this sonic world, taking images collected by BAS scientists and staff, including Pete Bucktrout who has been an amazing and generous collaborator throughout our processes. If you encounter the video versions of this project something remarkable may happen. Our images dissolve so slowly that we feel that we in two worlds, and a nether place as the images merge together in super slow motion. This is a chance to contemplate the majesty of Antarctica as it still exists and to fill ourselves with admiration for our wondrous planet. May we care for this planet and ourselves a little more as a result of this project."

Below are definitions and descriptions of the ‘sounds’ you will hear.

SPHERICS: The main signals a ground-based VLF receiver will detect are from lightning activity. Each lightning flash emits a short radio pulse, known as a spheric, which covers a wide range of frequencies. These are heard as short cracks and appear as vertical lines in a spectrogram. Spherics can be detected from lightning that is up to 10,000 km away !

TWEAKS: Spherics may travel even further, up to half way around the globe. Higher frequencies travel slightly faster than lower frequencies, so these signals undergo dispersion. These signals are known as tweaks and have a pronounced ringing nature.

WHISTLERS: Some of the radio waves associated with lightning leave the atmosphere and leak into space. The signals may be guided by the Earth’s magnetic field and received in the opposite hemisphere. They may even be reflected in the opposite hemisphere and be detected in the same hemisphere as the original lightning strike. As a general rule the higher frequency waves travel faster than lower frequency waves. The waves have a characteristic descending tone and are known as whistlers.

TRIGGERED EMISSIONS: Sometimes the whistlers can excite additional radio waves. These are known as triggered emissions.

CHORUS: Another prominent signal type, known as chorus, is generated deep within the magnetosphere itself. Energetic electrons enter the magnetosphere during geomagnetic storms driven by the Sun, causing the Earth’s beautiful aurora and generating chorus emissions. The most common form consists of a multitude of rising tones in the frequency range 1 to 5 kHz. The emissions are known as chorus because they resemble the twittering of birds in the dawn chorus. Chorus can accelerate electrons to very high energies. Studying these effects is important since these so-called “killer” electrons can damage satellites.

PLASMASPHERIC HISS: This is another important magnetospheric emission. It is largely responsible for the slot region between the Earth’s inner and outer radiation belt. Unlike chorus, plasmaspheric hiss is a broadband, structureless signal and resembles audible hiss.

We would like to thank Dr Beatrix Schlarb-Ridley (BAS) who, as a promoter and supporter of our art-science collaboration, has been the catalyst for our 'sounds of space' project since 2016. We would also like to thank the scientists and engineers at BAS who have contributed to the success of the VLF receiver at Halley, including Richard Horne, Mark Clilverd, Neil Cobbett, and Andy Smith. Nigel Meredith would like to acknowledge funding from Natural Environment Research Council Highlight Topic grant NE/P10738X/1 (Rad-Sat) and the NERC grant NE/R016038/1. Diana Scarborough would like to thank the School of Music, Australian National University, for their support as a Visiting Fellow and The Artists Information Company (A-N) for her travel bursary. Kim Cunio travelled to Cambridge in 2018 on a Research School for Humanities and the Arts research grant.

Sounds of Space Project is a collaboration with space weather research scientist Nigel Meredith (BAS), multimedia artist Diana Scarborough, and ANU Head of Music and composer Kim Cunio. Our projects emerge through a shared process of creative engagement and cross-disciplinary collaboration inspired by the 'sounds of space' from Earth to beyond the galaxy. ... more

Bandcamp Daily  your guide to the world of Bandcamp

Little Brother joins the show to discuss their beautiful journey, plus tunes from Fat Tony